yet it's all we have.

And we do have a tendency to make life difficult for ourselves- living beyond our means so that we are financially strapped and the fear of losing everything hangs heavily over our daily existence. Smoking, drinking excessively, selfishness.. there are plenty of things we do that make life harder than it needs to be. But those difficulties are simply about choices and learning to be satisfied with what we have and spending our time and money on only those things that really add to our daily existence (which is why I don't mind spending a bit more than the average person on books). But there are plenty of things that are out of our control that weigh heavily on the soul... disease, war, disasters, (this will be a long list so I'll let you fill in the blanks) In fact, there is enough misery and difficulty on this planet to make living seem like just a plod-a-long journey with nothing at the end but the Great Unknown. When I was a believer, I lived life for heavenly rewards and thought that my purpose was to serve god. As I untangled myself from the brainwashing that I had undergone since I was born, I had to find a new paradigm... a new model for life.

Fortunately, I had a humanistic outlook on life (I guess that is still part of my christian upbringing-- I believed god really loved the world) and it was easy to see that we should serve each other, our "purpose" should be to contribute something both to the planet we live on and the people we live among. Our daily chores (our jobs) should give something back, in some small way (teachers are the most AMAZING contributors-- it's unfortunate that I didn't want to teach) and hopefully help us find some fulfillment along the way. It's not always easy to give in that way but when you have a passion for what you do each day, then the giving is easier and the price does not diminish us. We should fill our other moments with intentional living... finding beauty and joy in the moments that are given to us -- not mindlessly floating off into the netherworld of non-existence that seems to pervade our culture -television, shopping, diminishing ourselves to simple CONSUMERS. Serendipity brought a man into my life who had a passion for finding the beauty in life and he taught me to let go of some of my burden for the world and my duty to it... to love myself and my life. We have crafted, together, a pretty wonderful life.

Let's face it, we (none of us) are going to change the world (and perhaps that is is not even something we should desire to do)... but we can make our little corner of it a blissful and magical place to be.
Posted by Danette at 7:32 AM No comments: Links to this post 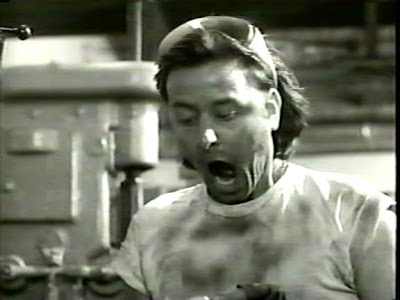 Three years ago, Maurice and I sat down together to watch a little TV show that he was a big fan of. It had been on in 1993 and had made such a huge impression on him that he tracked down the VHS tapes ten years later. The quality was poor, with occasional flickers of static interfering with the picture. 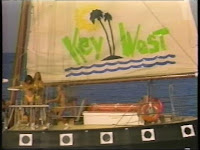 It began humorously... with half naked exotic dancers and a high end call girl (played by Jennifer Tilly) who has half the town under her spell. Seamus O'Neill (Fisher Stevens), a factory worker from New Jersey, wins the lottery and heads to Key West to be like his idol, Ernest Hemingway. 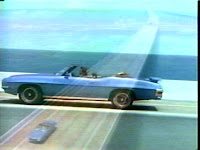 The show opens as he drives down the Keys straight into the ocean at the end of the world and is met by a Rastafarian named Jo Jo, who measures up the situation pretty quickly, "Well! I guess you're plannin' on stayin' with us a while, hey man? Oh man, now you're such a hard man! Now why you go kill that car that way, anyway? What'd that car do to you? That car steal your woman, man? You come home and find that car in bed with your woman? Maybe you find them clues, uh? Tire tracks. Oil drippin's on ya white sheets. But how do you know it wasn't that Studebaker down the street been stick-shiftin' your woman! Maybe you killed the wrong car, man! Look at him! Dead an' bleedin' in the ocean over there! But now I'm lookin' hard in these flame-throwing eyes and I'm sayin' to myself, 'JoJo', -My name really Abednigo but everybody call me JoJo, don't ask me why – 'JoJo. maybe this man done drove this car all the way down here to the end of the world, then killed his car so that he can never go home again!'"

"What you gonna do tomorrow?" Jo Jo laughs at him. 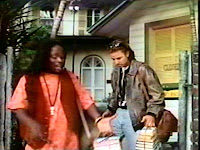 They walk past the Hemingway house and Seamus nearly melts in adoration.Jo Jo pulls him away with the promise to take him to the newspaper where he will get his first assignment to, "...put something on paper that don't put me to sleep, or make me glad I done lost my eyesight... Oh, you didn't know I was blind, did you? Didn't know I was blind? Well what is you? Inbred? Crossbred? No – don't answer! Just get out!" his future boss, Cole, orders and sends Seamus on his way, writing kit in tow. 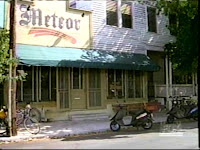 Jo Jo's next stop on the tour of the island is past a political rally where Seamus gets a glimmer of his first story. One politician's speech seem to have been written by "wizards and angels" and the other panders to fear and greed. When the eloquent incumbent commits political suicide the other uses the his "liability" to win. Thus, Seamus's first article for the Key West 'Meteor' in which he begins, "We speak not of truth, but of the beauty of political death at the end of the world...."

then on "to paradise"... Gumbo's End o' the World Cafe. Here he meets Savannah, the sexual embodiment of the island.

She sees the new boy in town and saunters over...

JoJo steps in for the intro: "New newspaper reporter person."

Savannah: "Having a little trouble getting that first novel between the covers?"

Savannah: "You've come to the right place, you pretty thing. It's magic here. There are Angels in the Spray, Wizards in the Palm Trees, and Elves in the Sea Shells, and they all look very favorably on struggling young writers."

And thus began what would become a wonderful discovery... a show that contained some of the magic of the island, even of life itself and would take me to the island itself where I found the Place that spoke to my soul.
Posted by Danette at 6:49 AM No comments: Links to this post 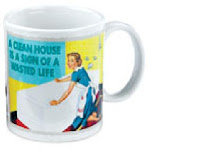 Posted by Danette at 6:45 AM No comments: Links to this post