The transforming of day to night is a balm to the spirit.
It is here that my soul finds the serenity that I desire.
What seemed, in the bright glare of the sunlight so incredibly glaring and pressing
is suddenly distant and shadowed
a faint memory left in the wake of the moon's shadows.
It is here that I find clarity
as I watch the clouds wing their way through the heaven,
there is a great lifting of the weariness of the cares of the day
and my soul takes flight among the clouds.
And it is here, on my blog that I share my writing. And The Writing is without a doubt the most important thing. As I have said, that will be always be the case. I would like to thank all the commentors on my last few posts. I don't think any of the readers of any of these posts have necessarily been comfortable with what I am writing and the commentors have been very helpful as I have waded through some difficult topics. So I wade on in what I hope will be my final post on this topic because I (like you, no doubt!) am getting a bit weary of thinking about it. It is a bit overwhelming- even if does wind up being helpful!
So as I wrote previously, I began thinking about this because of the New York Times Book Review Article called "Building the Brand" in which the author bemoaned the necessity for authors, even published authors of long standing to go on the game (my term) for the their books. He pointed to authors in history like Hemingway who reinvented himself and pulled publicity stunts in order to sell books and told a story about Grimod de la Reyniere who invited guests to a “Funeral Supper” who then "found themselves locked in a candlelit hall with a catafalque for a dining table, and were served an endless meal by black-robed waiters while Grimod insulted them as an audience watched from the balcony. When the diners were finally released at 7 a.m., they spread word that Grimod was mad — and his book quickly went through three ­printings." Geez! Talk about getting your reader's attention! At any rate, the article is interesting and the follow-up comments are also interesting. The entire article is posted below this one if you want to read it.


This was followed up by a fellow blogger, Conchscooter's of Key West Diary decision to try and make his blog a commercial enterprise. He did some research and found that one of the keys to successful blogging was posting FIVE times a day. As he did so, he found that his readership went up significantly. He gets around 1000 hits day on his site. He doesn't get as many comments as he used to but readership is up and he is happy with how things are going. He is not trying to build himself a reader base (like I am talking about) as he is not writing a book. He is a writer of a blog (and an interesting writer at that!) and posts pictures of Key West alongside his musings. He blogs on just about anything and everything that comes to mind. Sometimes his musings directly relate to the pictures and sometimes they are completely random. Readers from all over flock to his blog. His readers are not all bloggers- they may simply google Key West-  but the ones who are bloggers are not necessarily writers. Anyway, you should check it out! His pictures are lovely! And should he ever decided to write a book, I would bet that many of his readers will preorder his book.
During that time I found an article on google that talked about how blogs that had original content were boosted up in the food chain when topics were googled. In other words if you were merely copying and pasting someone else's article then you were likely to be low in the page numbers. But if, for example, you were one of the first to post a review on a book, you would be high on the rankings for a google search. You can read more here. And then of course if your own name is the only thing in the "label" then you are less likely to get a hit then say a topic that is more widely searched such as "Key West"!


The other blog I mentioned: Why Evolution Is True in in a similar although much more successful vein. Jerry Coyne the owner of the blog already wrote a New York Bestselling book. His publisher or agent (or someone) has advised him to keep his name Out There. So he has his blog/website (he doesn't like to call it a blog) which he maintains himself. He posts at least five times a day. He has reader cat contests (which I could care less about since I have no cat) but his readers LOVE! and posts on a wide variety of topics, not just evolution. This week he posted a video each day from his favorite musical and said what he thought was so great about them. He posts about great food in the Chicago area and interesting news bits or even (AHHH!!!) POLITICS! He gets as many as 235 comments on some of his posts depending on how controversial they are!  They are READERS!!!! And they love that he posts the blogs himself of course (who wouldn't!) and adds to discussions. Granted his blog (oops!) website is helped that he already has a book published but he is certainly going to be ahead of the game when his next book is published and he is very generous to other bloggers with similar topical blogs by quoting them and linking to them (of course). Oh and I will add that when a newcomer (like me!) posted a comment, the response was quite nice. The other commentors respond and welcome you, it is not just the owner who notices the comments.

Finally I will post the link to an article I found on Twitter the other day. It was called "More Sacred Cow-Tipping: Common Blogging Misconceptions" at Kirsten Lamb's Blog I generally don't check out these kind of blogs but here are a couple of her tips and I think there are more to come so it might be worth checking out for yourself. "Sacred Cow #1  Writers write, thus they must write writing blogs, right? Um….WRONG! Sacred Cow #2—You need multiple blog sites if you talk about more than one thing. Um, no. Multiple blog sites dilute your brand and erode your author platform. You need one place where alllll your precious nuggets of wisdom collect.Writers write, thus they must write writing blogs, right?"  Well I wouldn't use her terminology I think I would just say that having a blog where you have varied topics will keep readers interest and if your wondering about her reasoning- go check out the article-  I've made this post LONG ENOUGH! There is also a third Sacred Cow on Group blogging that I think is worth thinking about but I won't get into that either.

Ultimately the point is that even if our readers ARE only other writers we want to keep them reading because this is our window to who we are as writers (and maybe even commenting.)
So! I am over and out on this topic. I know where this leaves me on the topic of my blog.  I think I know what I have to do. I don't think my blog guarantees me success (No! I do not think an agent is going to pop round looking for me!!!) nor do I think it is invisible to the external world -after all my most popular post remains my review on the "Civilization of Maxwell Bright". (Lots of people google "Patrick Warburton" and "naked" apparently!)  And I am going to attempt to put a better foot forward from here on out even if it is only once a week. And when the time comes perhaps I will have the content that I will need to draw in more readers- Whoever they/you are. 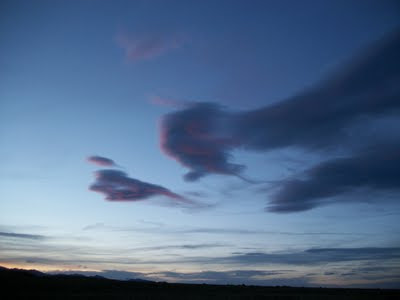 And finally dissipate into the night

Posted by Danette at 10:20 PM 2 comments: Links to this post

How Writers Build the Brand

In his essay “Building the Brand” (May 1), Tony Perrottet provides informative and entertaining historical perspective on how authors have promoted their writings. Perhaps most intriguing among his examples is the early use, by the Belgian-born writer Georges Simenon, of what we now call crowdsourcing. Using input from the public and his readers, Simenon in 1927 created a framework for the type of direct-to-consumer marketing and public relations frequently used today.
In an age when many of the underpinnings of publishing have been thrown into a tailspin by technology, there are valuable lessons to be taken from the examples Perrottet cites, despite his assertion to the contrary. Among those: You can never be too proud to promote your own work. But more important, if you are going to engage in self-promotion, have a strategy in place.
It may seem antithetical to the spirit of being an author, but a focus on marketing has helped turn once nascent businesses into successful brands. It is critical, however, that this is done in a transparent and ethical manner. There is nothing wrong with self-promotion, so long as it does not distract from the overall quality and value of one’s work.
ROSANNA M. FISKE
New York
The writer is chairwoman and chief executive officer of the Public Relations Society of America.
To the Editor:
Tony Perrottet laments the degree of authorial self-marketing necessary in today’s publishing climate. He finds himself reassured, however, by several examples of the lengths to which past literary greats have gone to promote themselves. I would add to his list Stephen Crane, whose friends rode the train while conspicuously reading his self-published novella, “Maggie, a Girl of the Streets,” in an effort to demonstrate to potential readers that New York was “Maggie mad.”
HAWLEY ROGERS
Palm Coast, Fla.
Posted by Danette at 8:51 PM No comments: Links to this post