One of my favorite science blogs... oops I mean websites, Why Evolution is True posted this video from YouTube. It hails from Norway-- the Aurora Borealis in all it's glory. According to Jerry Coyne the Borealis results from activity on the sun (solar flares) which increase the energy of the atom in the earth's atmosphere. The atoms then release that energy as bursts of light. And different atoms produce different colors.

According to the Youtube poster the music is Visions of Socrates by Martijn de Man...never heard of him before but it fits with the video. I will add that at approximately 2:20-2:30 there is a shooting star which is also lovely.

Hope this adds some beauty to your day as it did mine!
Posted by Danette at 6:24 PM 21 comments: Links to this post

For Christmas Mo bought me several books that connect me to Papa Hemingway and by extension Key West . The first, I Killed Hemingway, is a fine work of fiction by author William McCranor Henderson. Our main man, one Elliot McGuire, is assigned to check out a claim put forward by a man known as 'Pappy' Markham that he not only knew Hemingway but was, in fact, his murderer. Recognizing that this revelation would rock the literary world, McGuire heads to Key West to check out the story for the publisher who is interested in publishing the man's memoir. Ostensibly our man is fact checking, in reality he's doing little more than rubber stamping the project. Roped in to the intrigue, McGuire lends his hand to the telling of the tale, only to find himself readdressing a past he'd thought he buried.

Henderson's story is compelling, keeping readers en rapt with details from Hemingway's life as they are being retold by the irascible Pappy. Character's names are drawn from Hemingway's history- i.e. McGuire's love interest's first name is Lyn- a reference to the biographer Kennith Lynn and the spin on his life (which is all pure fiction according to Pappy) is amusing.  Although the final chapters are rushed and ridiculous, the preceding 250 pages are worth the price of admission and readers may find themselves drawn into the real life drama of Hemingway once the final curtain is drawn. 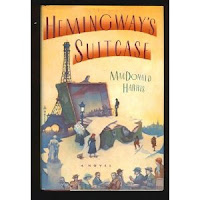 Next up to bat?  I am in the midst of reading a book called Hemingway's Suitcase- a work of fiction by McDonald Harris. Delving a bit more into the legend's life from a fictional character's perspective, it seems the lost manuscripts that Hadley (Hemingway's first wife) lost have been found. Are they real or are they memorex? I'll let you know...


All this takes me back to the porch I wish I could sit on, tossing about plots and poetic musings. I wouldn't mind reclining here to stir the muse one bit... 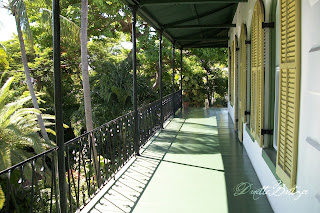 Posted by Danette at 8:00 AM 14 comments: Links to this post

And I'm not getting much writing done on my WIP or blogging. The weather hasn't been too horrible-  moderately cold days peppered with very cold but we've had plenty of snow and apparently it's bringing out the wildlife in the broad daylight....
(sorry about the fuzziness of some of them but I took them through my windshield) 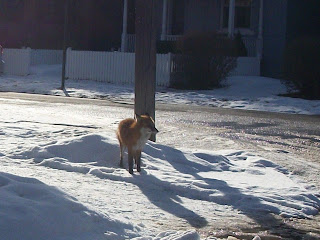 Just a few yards from my car, this guy was checking out the area. 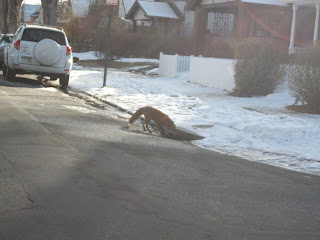 Thought about heading in for a snooze... 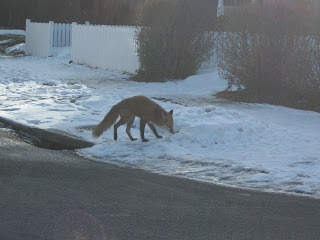 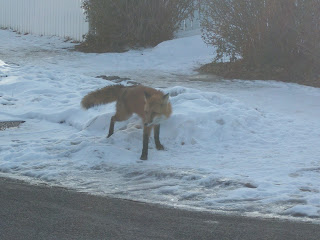 and turned to head further down the road. 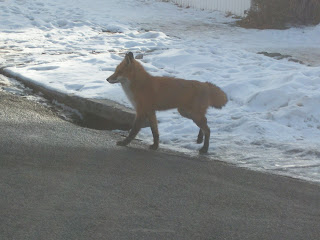 I hope the neighbors were keeping their cats and small dogs inside!
Posted by Danette at 6:05 PM 10 comments: Links to this post

Email ThisBlogThis!Share to TwitterShare to FacebookShare to Pinterest
Labels: Fox in the city, Life in Denver, Seasons, snow, wildlife

Out with the old... In with the new

The other day I stumbled downstairs to (horror of horrors) clean the storage room.
A simple project that would take time
fairly straightforward, I purposed to get rid of some of the clutter
when I came upon a box
battered, bent and frayed
why did I keep this?
atumble with a chaos of years in paper
Mother's Day cards, pictures, receipts, tax reports, bills...
Memories
do you remember?
angry words
"I'm sorry"
cherished hugs
"to the best Mom in the world"
independence
The defendant would like to change her name
a new job
"Congratulations, we'll miss you!"
treasured friendships
"I want us to stay in touch. I'll call..."
laughter
a miniature wooden cow
love's first blush
"always yours, ..."
a collage of a lifetime
in need of sorting and filing
culling and sifting
throwing away
storing
a lifetime of memories
in a box. 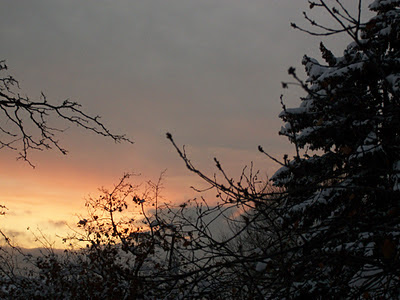 Life is full of firsts-- your first steps, first words, first bicycle. There is wonder that fills those moments-- I recall watching my first child take her first steps, say "mama" for the first time...

as I brush those moments in memory my eyes brim with the uniqueness of the occasion but can never recapture them. They are butterfly moments, quickly fleeting in their occurence and recollected only in far off  fields of Forget-me-Nots brought briefly back to life with a smell, a flavor.

New Year's day is a unique opportunity to embrace the Today as a first. Did you smile when you made love for the first time this morning? Did you enjoy the first message of "Happy New Year" from your children? Did you treasure the first breath you took in this first day, the first sunset?

This day is a day to cherish firsts.
What firsts did you stow in your memory banks for the future?

*Emily at Keeping Time stirred my thoughts on firsts with her lovely post on Japanese traditions for New Year's day. Wonderful pics accompanied the post so I encourage you to go say "hi."
Posted by Danette at 9:40 PM 13 comments: Links to this post