An anniversary of sorts

Today is the anniversary of the show that has meant a great deal to Mo and I-- it is the show that he first saw in 1993 on this day (but I missed!) and which got him to first visit Key West. And because he loved it so much he shared it with me five years ago just after we started dating and several months later... 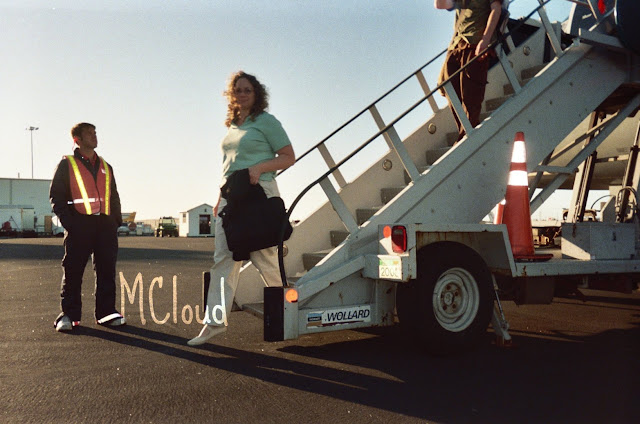 I was taking my first steps onto the island! (And the perfect time of year too, because it was February and that means there is always the potential for blizzard and 0 temps in Denver!)
We had a lovely time... (of course!) but the real meaning of the show has surpassed the visits to the island. It has been an inspiration for my writing and a cause for celebration of life! So on this the anniversary, I will share with you my favorite quote from the episode that aired on January 19, 1993...


Key West
The main character, Seamus O'Neill has come to Key West after winning the lottery to be a writer just like his favorite writer Ernest Hemingway. He is sitting in a bar when Jennifer Tilly, the main female character named Savannah arrives. She is the Moon Goddess personified. Sexuality incarnate. She sees Seamus and instantly sizes him up.

"A writer? Having a little trouble getting that first novel between the covers? ... You've come to the right place, you pretty thing. It's magic here. There are Angels in the Spray, Wizards in the Palm Trees, and Elves in the Sea Shells, and they all look very favorably on struggling young writers." 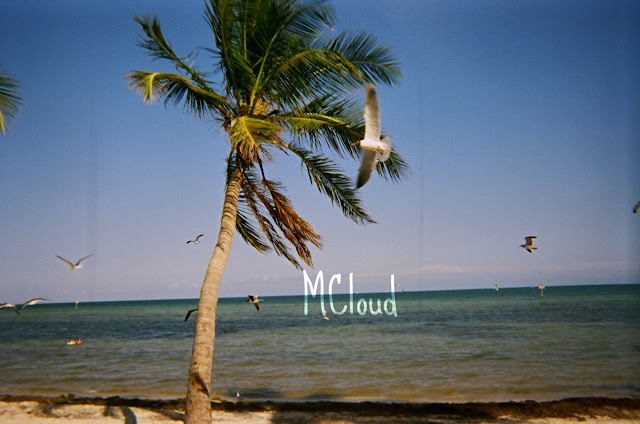 As you can see, she knew her island well.
(More to come! I'll be posting a favorite Quote from an episode each week... so stay tuned!)
Posted by Danette at 8:14 PM 6 comments: Links to this post

This is a work of Fiction...
One life had been filled with vows, promises, children, pets and mortgages. After he'd gone the sweet comfort and reliability of the days gone, just heaviness and day after day of getting through. The children called to report on lives they lived, little thought given to the echoes in the rooms or the coldness of sheets. "Kids are great! You should have seen Jack! Just like Dad! You okay? You should go down to the Retirement Center. Have some fun for once!"
Fun.......
Loneliness consumed her, swallowing her in gaping jaws with insatiate animal appetites. She breathed the tattered flannel shirt they'd tug-o-war'd over (the worn material made perfect dust cloth) and turned up the sound on the shopping channel for the soothing sound of chatter. Occasional conversations with friends were marked with echoes of empty chairs "Vera's husband passed away and they don't expect Ruth to make it..."
"You have to dance with me!" he'd spotted her before she'd decided to hang up her coat and stay for the Christmas party she'd been reluctantly talked in to. "I do?" He swept her into his magic act, disappearing coats, transformation tricks, waltzing as he laughed into her ear that she was the most beautiful woman capable of doing much more than shuffling in the entire building. Air and a rasping wheeze were the prelude to exploding convulsions that nearly doubled her over "Is THAT your line? The best you can do?" Their twinned laughter broke past the band's front lines and caught the attention of the elderly in the front row whose faces immediately pruned with distaste. His laughter belled through to the rafters and she hid her face on his shoulder.
"That was ten years ago today..." she leaned back into the gentleman on the couch at the Inn at Charlotte where we were enjoying champagne and a light snack in the final hours of the afternoon. "We've been laughing ever since. I hope you all have as many happy years together" We clinked our glasses in a final salutation and we watched them depart. 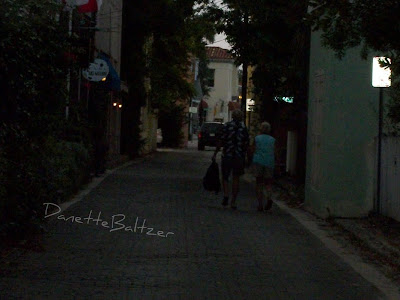 Posted by Danette at 7:18 AM No comments: Links to this post