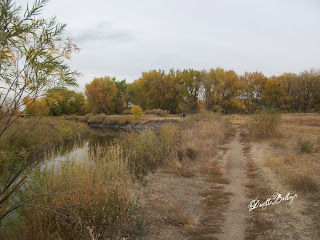 Last year at this time, I was out walking on a cloudy cool Friday and took these pictures. I was amazed at the brilliant colors that still lingered along the path I took though winter's first nip was in the air. This year, the colors are just as brilliant (as you have seen from my header!) but Indian Summer tarries so long that one would almost wonder if it will ever end.   As much as I might wish the blue skies and brilliant sunshine will never fade into winter's dimness, alas, the forecast tells another story. And I have a few favorite recipes that ease the chill that sets in my bones as the nights grow colder and the days grow brisk. Wednesday the weather is predicted to tank pretty abruptly and we will probably make a vegetable soup for the first time. But what I would really like to be making (if I didn't have to work that day) as the sky grows cloudy and the possibility of the "S" word sneaks into the weather man's script is a family favorite:
Chicken Pot Pie:
1½ c. cheddar cheese
3c. cooked, diced chicken (you can cook broil or microwave three chicken breasts fairly quickly to make this amount, then quickly chop it up!)
½ c green pepper
½ c. chopped onion
(Sauté both onion and gr. pepper in 3 T. butter)
1 can of Cream of Celery Soup (or chicken)
1 can Cream of Mushroom Soup
3 oz mushrooms (opt.)
½ c pimento (opt)
Combine all ingredients in a bowl. Put into unbaked pie shell (recipe below). Cover with pastry, pinch securely. Cut slits into top for steam to escape. Bake 45 min. or until crust is golden brown at 350 degrees. 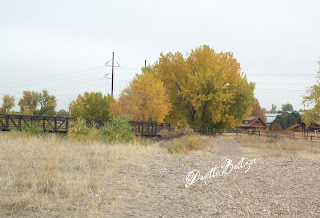 1 tsp. salt
2/3 c. Crisco
7-8 T. water
Put flour and salt into bowl. Cut Crisco into flour with fork until it pieces are pea-sized. Add about half of the water and mix until well blended. Continue to add the remaining 3-4 T. until the dough is moistened. Divide in half. On a lightly floured surface, flatten dough. Roll from center to edges to 12” circle.
To transfer to pie pan: Fold in half, then into quarter. Lay gently into pie pan and unfold.


And as long as I'm making a pie crust, an apple pie sounds good! The crust is the hardest part and all you needs are some apples! This year I have some waiting in the kitchen that were given to us (making me feel sooo guilty) but if I were to buy some for a pie, I would buy several different types of apples for the best ever apple pie! Some tart, some sweet, some crispy, some softer. Yum! Maybe I'll get busy!!!