An update and a little writerly background...

History! I use this History.com for my schedules at work but I also like learning stuff just... for future reference, because I am a geek, because I missed out on a lot earlier in life,  just BECAUSE.
So, for your entertainment: This week in history:
Missouri enters the Union as the 24th state--and the first located entirely west of the Mississippi River on August 10, 1821.
In 1959 on August 7 a US satellite is launched that would later photograph earth for the first time. 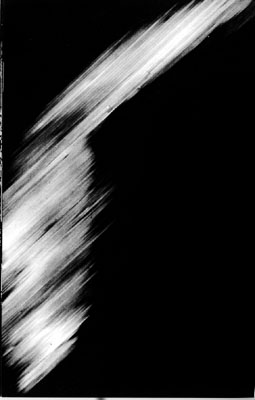 A little modern literary history: On August 6, 1996, “A Game of Thrones,” epic fantasy novel by George R.R. Martin, was released.On the same day 51 years earlier (1945) the atomic bomb was dropped on Hiroshima. That's a sad memorial and requires AT LEAST a moment of silence.


Today is French writer Guy de Maupassant's birthday. He was  one of France's best short-story writers (according to History.com- don't blame me if you don't agree or think in fact that you are one of France's best short-story writers) and was born near Dieppe, France.
And for those of you who love a conspiracy and maybe a mystery: Today is also the anniversary of Marilyn Monroe's death. She was found dead in her home on August 5, 1962- 51 years ago. This is what History.com has to say about the incident:


In recent decades, there have been a number of conspiracy theories about her death, most of which contend that she was murdered by John and/or Robert Kennedy, with whom she allegedly had love affairs. These theories claim that the Kennedys killed her (or had her killed) because they feared she would make public their love affairs and other government secrets she was gathering. On August 4, 1962, Robert Kennedy, then attorney general in his older brother's cabinet, was in fact in Los Angeles. Two decades after the fact, Monroe's housekeeper, Eunice Murray, announced for the first time that the attorney general had visited Marilyn on the night of her death and quarreled with her, but the reliability of these and other statements made by Murray are questionable.

Four decades after her death, Marilyn Monroe remains a major cultural icon. The unknown details of her final performance only add to her mystique.

Personally the Marilyn Monroe anniversary may have stimulated a little story telling idea for me. She had an interesting life even without the stardom. I might just have to think about this...

And as a nice touch to begin August and update on my writing project:

I finally finished 'Death and Politics'! Yup, the long awaited finale has finally come. I stumbled on it actually. I knew how I wanted things to wrap up but I didn't know what I wanted the final words to be and then it just came to me. The day it ended wound up being a little... underwhelming. But I am glad to be done and now I am going back to polish things up. I have put a lot of blood, sweat and tears into it and I don't really plan on just sticking it into a drawer so I'm still working away on it but it's a different work- and I like editing and polishing. So there you go! Yay!
Posted by Danette at 1:30 AM No comments: