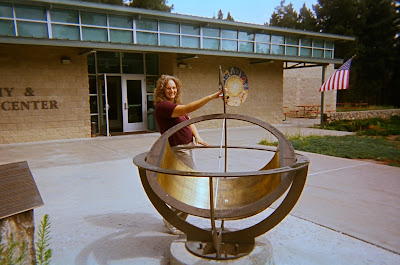 In July, we took a trip to New Mexico where we planned on warm, cloudless days and lingering evenings with gorgeous sunsets. Unfortunately, monsoonal patterns discouraged the sun and made the sun's setting difficult to see. But weather isn't the only wonderful thing in New Mexico. We had a great time at Sunspot, the observatory that is just a jog from Cloudcroft (the village we were staying in), Roswell (where Science Fiction meets the desert), the space museum and White Sands (pictured below and borrowed from http://www.outdoorphotographer.com/forums/viewtopic.php?f=4&t=1750 as my photographs were too overexposed to do justice to the dunes). 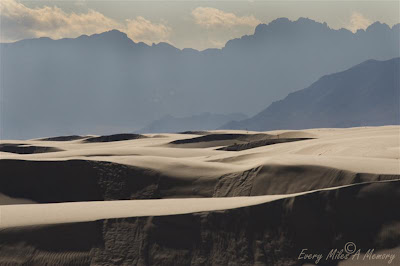 Posted by Danette at 6:15 PM No comments: Links to this post

Shadows of darkened buildings reach across the street, clutching the byproduct of the sun’s golden strands and pulling it into its famished jaws, melting the night’s lustrous sheen into solidarity with the night. A shard of laughter trumpets into the night, the night crowers as familiar to the town as the feathered braggarts that stroll the streets as confidently as… The door clicks behind her and stillness as solid as the shadow causes her to pause into the night’s trepidation. She stumbles onto a still-lifed street, veering away from contact with the nightcrawlers that give the city for a reputation that rivals this big Apples, Easies, and O’sies and her ankles quiver uncertainly, hinting at alcoholic influences. She reaches a battered two-door and leans heavily on grime frosted side panels, pausing for an uncertain moment.
Posted by Danette at 3:39 PM No comments: Links to this post