I've noticed that some in the blogging world are adding apps to their site so that people can follow via Bloglovin', Feedly, or Linky Followers. I have decided I'm using the Google+ for followers and I hope to catch up to all those I was already following and adding new followers while I'm add it (although I have to admit Google+ is slow to catch on. Some who are members do not yet have the Googleshare options or Google +1 so it's not easy to see what's going on on their blog but it will all work out in the wash I suppose.) Anyway, I just thought I'd give a heads up to new people I follow and who come by here that I've decided the Google+ may make the best option because it is easy to connect to people and their blog in the easiest way for me- especially because I am not a Facebooker. 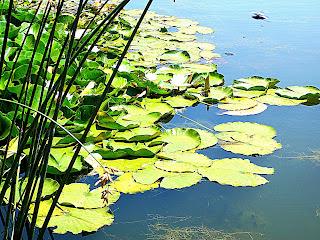 Tomorrow is a pretty big day in history-- I'd bore you with all the fun details but I found a couple that I thought were interesting- Like here's a little literary history:
On this day in 1040 King Duncan I is killed in battle against his first cousin and rival Macbeth. The latter succeeds him as King of Scotland. (and yes, that would be Macbeth of Shakespeare fame)
The Wizard of Oz premiered at Grauman's Chinese Theater in Los Angeles, California in 1939.
"We're off to see the Wizard... the wonderful wizard of Oz...." 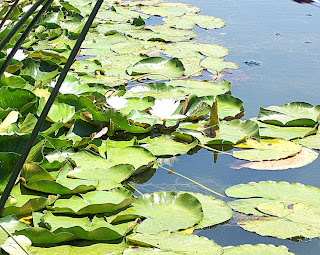 Fun facts about Woodstock...
Jimi Hendrix was the last act to perform at the festival
There were ten million yards of blue jeans and striped T-shirt material at Woodstock.
Bob Dylan was one of the original inspirations for the festival, and his backing group, The Band, played to the massive audience, the great man never made it, as one of his children was hospitalised over that weekend.
Two people died at Woodstock - one man from a heroin overdose and a teenager in a sleeping bag who was killed when a tractor ran over him. The driver was never traced.

So that's about it for me... still working away on my editing, taking pictures (yes the pictures above are mine from a walk in a nearby park- forgot to sign them) trying to get through a weirdly mild summer and a sore shoulder that won't heal.
How is your summer going?