Being a city employee, I find myself with plenty of lovely vacation time and none of the necessities that having a vacation requires (that being $$$) and with lots of not so fun other things going on in my life I decided to plan a blog vacation... but where to go? where to go?
Hmmmmm...


As chance would have it, I went to a local pub after work and overheard this guy in a bar talking... he was talking quite loudly as drinkers will. Said something about wanting to go to Florida... to Key West. I was not impressed. Then he mumbled something about being a writer. A writer! What's this? That's when I perked up! Then he really got dramatic and stood up talking about his terrible childhood, how he was a gearhead and how his uncle would have beaten him up if he knew he read Shakespeare. It sounded pretty terrible so I wasn't surprised that he wanted to get away. He went on "All my life I dreamed about going to Key West-- down where all the great writers were...Don't you get it? Writers write from their spinal chord not their brain. It's the electricity that counts! You gotta plug in. You gotta hot wire. You gotta go straight to the source. Ernest Hemingway walked down those very streets!" I got it! And I was sold! I wanted to jump up and ask him if he'd take me along. Alas, he'd already left the bar and I never saw him again. But I vowed to take a trip of my own--- even if only for vacation...
I began checking on the island and found beautiful blue skies and a few pretty passable beaches... 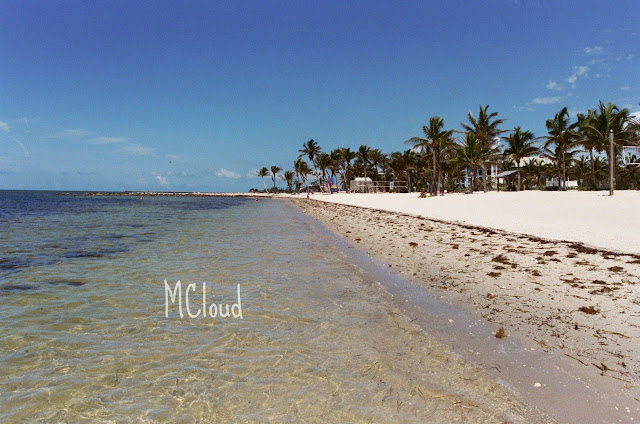 One that is a bit more rugged but is less crowded (don't forget water shoes!) 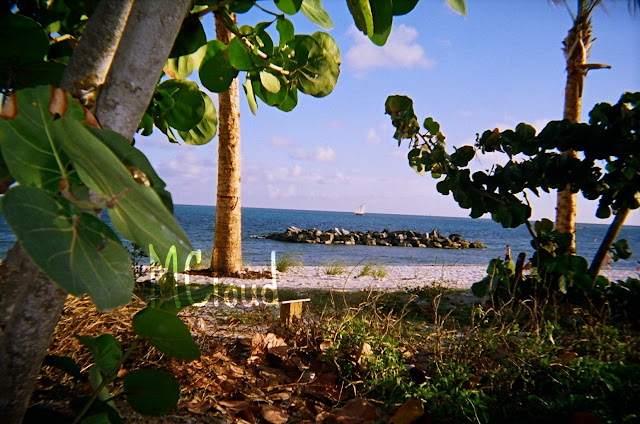 and has the added attraction of being home to the yearly Key West "art" festival - or at least a segment of it.
(please don't ask me what this is-- it's made of flowers and is dog shaped) 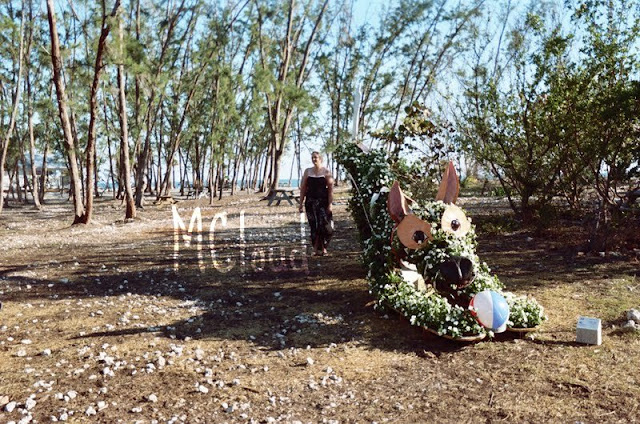 The beaches are not only wonderful to tan on and lovely warm waters to swim in... 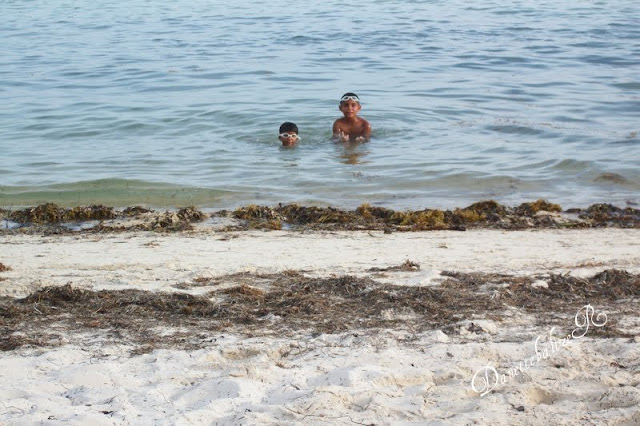 Snorkeling is also an option even with makeshift swimming speed goggles! There is tons of sea-life to watch right out in the main swimming areas. 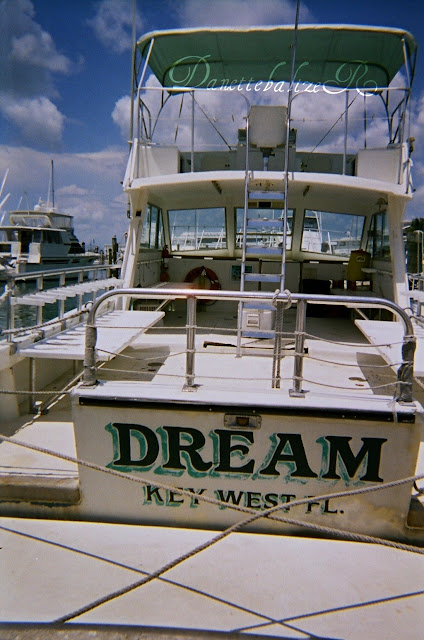 If you want to head out to the gulf, you can fill your days and nights with fishing, viewing dolphins and underwater sea life, canoeing, snorkeling by the coral reef and...
a Sunset cruise that seems to carry you right to the edge of the world with a golden view and champagne at hand! 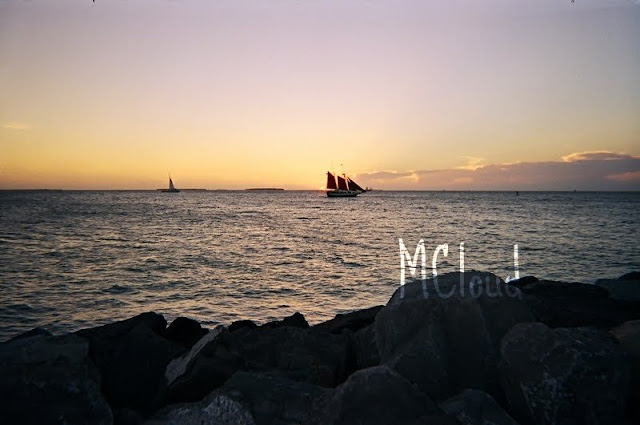 The island itself is historically rich. Homes that were built in the early settling of the island are still about... as was this home (the second home on the island) built by the British Captain George Carey in 1834 first as a two bedroom and then later enlarged as a gift to his wife. 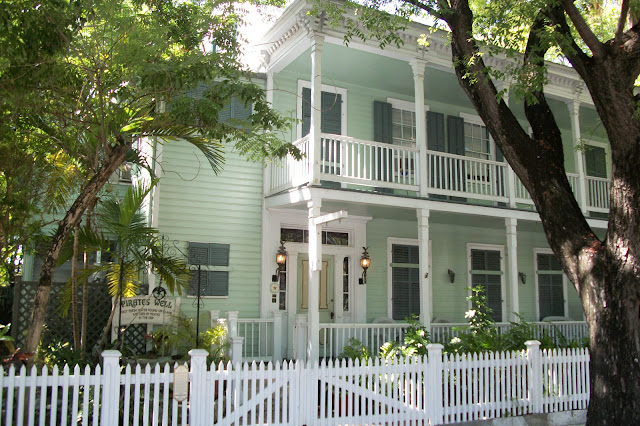 This Octagon home is a uniquely North American architecturally styled home that was briefly popular in Canada and the US in the 1850s. This particular home was built by Richard Peacon but is more popularly famous because Calvin Klein bought it and owned it for one year then quickly sold it apparently having become bored with the 2x4 mile island. 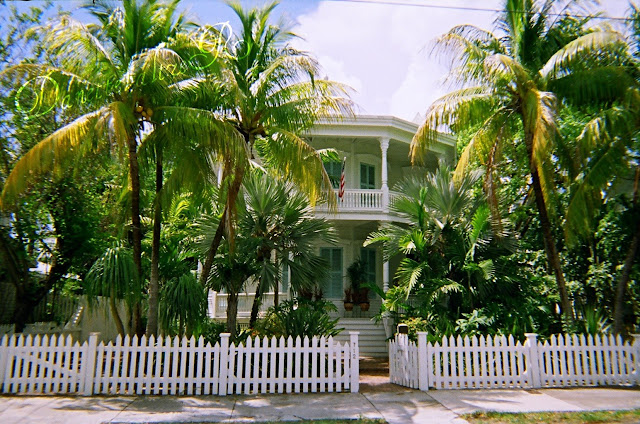 And lest we forget the reason the reason we're planning this trip in the first place... 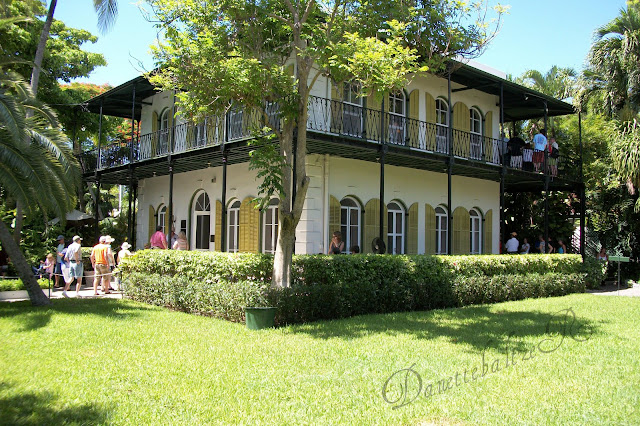 Papa Hemingway's home! The house was built by marine architect and salvage wrecker Asa Tift in 1851. Hemingway's second wife's uncle purchased the property for the couple in a much dilapidated state in 1931whereupon Pauline set about on a major redo that is, even by today's standards, quite stunning. We'll have to have a closer look at this famous landmark, make no mistake! I think the trip will be grand!
Are you in???
Posted by Danette at 9:45 PM 10 comments: