Many years ago (seems like a lifetime now) I took a personality test that put the test taker in one of four categories. I can't remember what the actual test was called but you were either a lion...

a Golden Retriever...
and an otter or a beaver  (sorry, don't have any pictures... but you can picture the otter frolicking and the beaver busily building...). That's it. Those four.
At the time, I scored heavily as a Golden Retriever. It was depressing because the Retriever is a nice enough pet, but not something I aspired to be as a human being. I wouldn't have minded if I had scored as a lion. After all, there is Aslan. He is the great lion who is "dangerous" "not a tame lion." But he is good and throughout the Narnia chronicles he is gentle and wise. So, being a lion wouldn't be a bad thing.
But I didn't score as a lion.
I was a Golden Retriever. *sigh* A house pet.
Later, I did various other personality tests and my view of myself broadened. I realized that wasn't the whole picture. And I realized that first test had presented  a very limited (and limiting!) view of myself and of anyone else who I might try to put into those four categories. People are as varied as the animal kingdom itself!
A few years ago I decided to choose the animal that I would emulate, the one that speaks to the spirit that I wanted to have and the one that corresponded to the spirit I already had. It wasn't hard to choose. I knew myself well enough that when I read the description of this creature, I knew I had found my match:


Remember, some of these I strive to meet, others I think are already part of my personality. This is the wisdom of the... 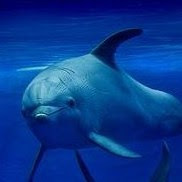 What is your spirit animal? If you don't know, you can go here to choose one!
Posted by Danette at 5:34 PM 7 comments: Links to this post