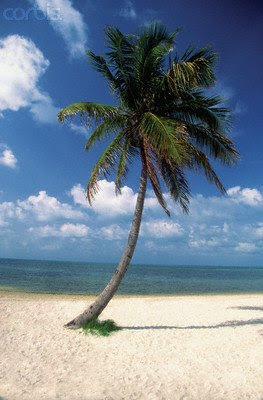 Book of Revelation
It lay amidst a heap of papers that sat behind the door. It was worn and ragged, having the look of an favorite shirt whose life now consisted of wiping toilets and spots on the floor. Undoubtedly that was why it was in this pile of papers, having disguised itself successfully as trash, it lay there waiting to be thrown outside where it would lay quietly in the dumpster until the day the trash truck would gather it up into the smelly, moldy, slimy assorted remains of daily living of the neighborhood, then at last cast it into it's final resting place with the rotting mass of human debris of the entire community. The familiarity of it caught my eye and I tugged at it, freeing it from the tyranny of the pile.

The cover is chocolate colored leather. The first page blank, a scribbled pen check in the corner, a torn corner at the bottom and a copied quote from a Frank Herbert novel on the next. Several pages were bonded with syrup and I slip a nail between an opening to unstick the edges. The pages are filled with penned cursives that cover the spectrum of calligraphy to chicken scratch. The biographer is struggling to sort out a puzzle, a frantic pace of writing, panicked with realization. How? Why? What does this mean? What has it been for? I hopscotch back to the beginning, curious for identity.

Barnes and Noble is full of biographies and memoirs about famous people --or not so famous people who think their life is fascinating-- or courageous-- or traumatic. I don't think my life was particularly interesting. And I'm not sure the people I grew up around were in any way singular- although they may take offense at my saying so. But there is something to be said about being raised the WAY I was. Or perhaps it would be more accurate to say there is something to be said AGAINST being raised the way I was...

It was a Sunday like any other. I was dressed in my casual, not too fancy, not too sloppy, don't-want-to-make-the-less-fortunate-feel-bad-yet- getting-up-in-front-of-people clothes. The details of the morning hang in the fog of a forgotten past where distinctions are lost, too similar to be dredged up from the billowing clouds of memory. We had sung all the typical songs of the morning- and had landed in the final phase of the mission. The songs had been grating on my sensibilities- "Lord I lift your name on high" (What do I know about god?) "Lord I love to sing your praises" (Praise for creating a religion that dominates and subjugates?) I made it through the song without losing my breakfast and stumbled out the double doors. The person I liked least in the congregation was preaching and I rarely sat through his sermons ever since the summer Sunday he said something so stupid and crass that I decided it was a monumental waste of time even allowing his voice to resonate near my ears. I left the cool dimness of the A-framed building to sit in the sunshine. I picked up the book I had been reading for some time and began ruminating over the section I had just read.

The words were roiling around my head, a boiling pot on the point of bubbling over the edge. My head was splitting. I could feel the blood vessels expand and contract, the great wall of china fracturing, shattering into tiny pieces. A tear snaked down my check then a sudden gush became river-- sliding off my cheek, onto the sidewalk, trickled down the cement stairs that led to the street, and down, down the hill and into the creek that was nearly dried up. Until that day in October when I refilled it with my tears.

The day I cried myself to death.

So why cry myself to death? Why give up what little I knew about myself and about the people around me for the Great Unknown?

Maybe because it was simply TIME.

It was a tired life

Well, who am I kidding? It wasn't really a life and it definitely wasn't mine. It was what I scraped together in the attempt to make a place for myself and in so doing, made the box that had been created for me, a lifelong cage.

without pleasure or happiness.

full of service and sacrifice

but I as I surveyed the rubbish

based on a lie.