According to Climate Central this was the fourth warmest winter in recorded history in the contiguous U.S. . It's alarming (to say the least!) that the change in weather patterns (yes, caused by climate change or as we  more aptly call it "climate chaos") is becoming so obvious. Our February (the snowiest on record here in Colorado) was more like March which is a month we have often seen our lawns buried in snow (in 2003 we had a record 3 ft. of snow during spring break!).
In spite of the alarming side of the weather news, I am overjoyed that I am out again, taking pictures of the landscape. Note the snow on Mt. Evans in my header- it's already lost much of it's winter white and the hills will soon be as green as the Evergreen in the foreground. 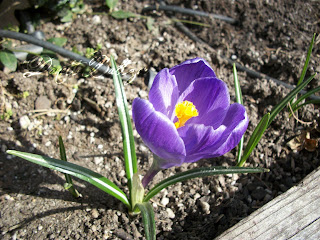 The crocuses have just now shaken off the winter doldrums, pushed their way out of hibernation and are dotting the still barren gardens with color. 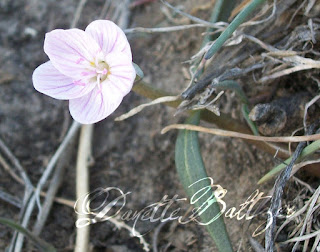 A tenacious wildflower has welcomed the warm air with the exuberance I feel and reminds us that lingering long days in the sun have only just begun!
Posted by Danette at 12:23 PM 27 comments: