I don't talk about my kids much (do I? I don't think I do...) I have three beautiful kids (two girls who are quite grown, not really kids) whom I love very much (duh, what kind of mother would I be to say, "I have three kids who are horrible but here they are anyway) but tonight I'm kinda proud of this one. 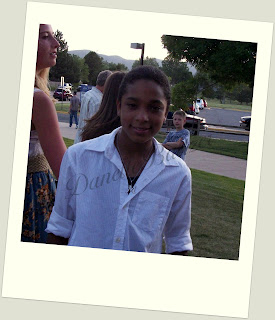 I wrote his teacher because high school has been a bit challenging and this is part of her response (after the part about what he needs to work on in school): "On another note, what a great kid you have raised! He is kind, has natural leadership abilities that are rare to see, is thoughtful, funny... I could go on and on.  I really like him as a person."  What a nice thing for his teacher to say! And really what better things could be said? I would rather have a teacher say these things, ultimately, than to say that he is a genius but is socially challenged. (I plan on showing him this post by the way.) He's struggling a bit with school as I mentioned, but since the Nobel prize for Medicine was awarded to Sir John B. Gurdon whose teacher said about the future Nobel prize winner (and I quote) "I believe Gurdon has ideas about becoming a scientist; on his present showing this is quite ridiculous; if he can't learn simple biological facts, he would have no chance of doing the work of a specialist, and it would be a sheer waste of time, both on his part and of those who would have to teach him." So there's hope, yeah? (Okay maybe I'm going overboard now.) 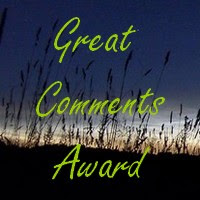 Emily from Keeping Time. Emily writes "a series of scenes on life" and I couldn't have said it any better. She writes about her two girls, about waiting for her husband as he completes his service... About life. And she does it all with gentle style. She's also participating in NaBlo so you'll find plenty of action there right now.
Posted by Danette at 5:30 AM 10 comments: