Perambulating, parking or putting around the Southernmost streets of the Southernmost island (Hawaii is really the southernmost state and could easily tell Key West to bugger off but perhaps they are still not as proud to be a US citizen state as we would like them to be) one sees a variety of variation. Fine dining? Perhaps a rooster roaming nearby-- 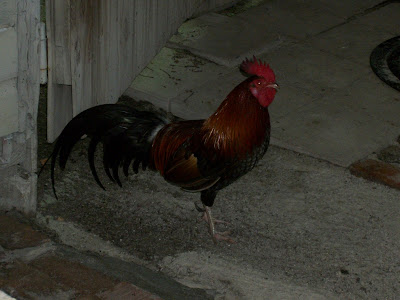 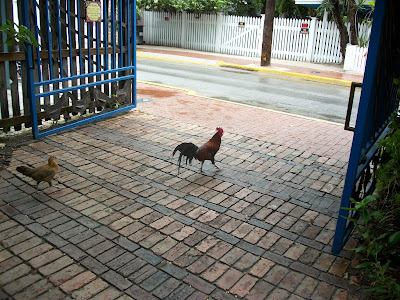 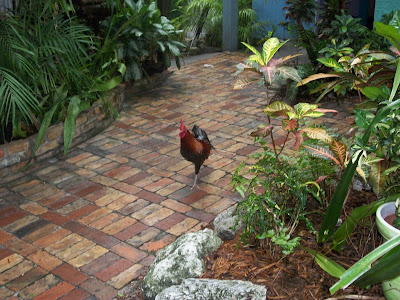 he was afraid of becoming someone's fricassee.  There definitely didn't seem any parental obligation to hasten back to (not on his part anyway). 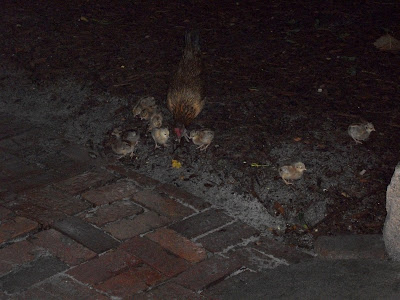 Zipping down the street I pause to view a cement wall around a yard that gives new meaning to to the term "private fence". I am not sure what they are afraid of... perhaps roosters. 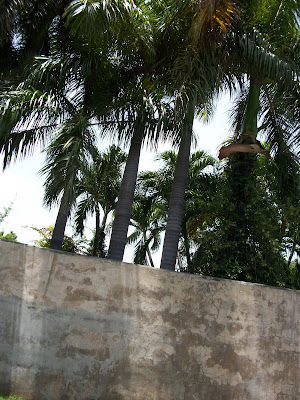 Petite lizards abound and fleetly flee past your feet 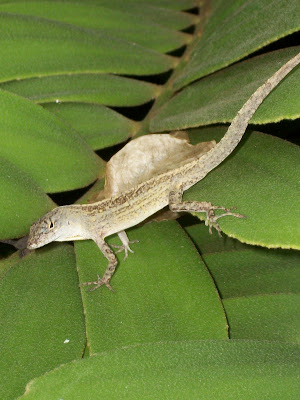 Having lost my way, I looked helplessly around and saw this: plenty of directions but no help for where I was, sadly. 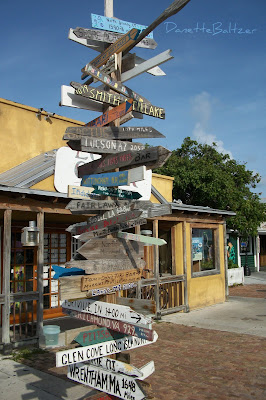 A strange fowl in the yard of the courthouse feasting and feasting, like the Whos on Roast beast.
(maybe a white pelican???) 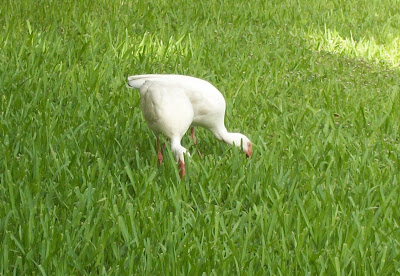 And perhaps if you want to bring the arctic to the tropics, this is the perfect way to do it. 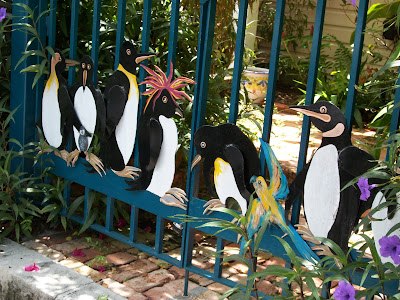 Had I ventured on Duval at night, wilder pictures would have been mine for the taking. But that would just be too easy!
Posted by Danette at 1:03 PM 1 comment: Links to this post