(This is the next section of my WIP 'Death and Politics at the End of the World'. The first chapter can now be found at the top of the page under it's own page it you want to catch up. It might be helpful to know that you are entering an otherworldly realm as you journey with my character. In my last post, I was asked what genre I was writing in. My response wound up being "Genre... think magical realism meets surrealism meets Quantum Physics meets my imagination and the authors who have influenced me (including Jeanette Winterson!") things happen that are out of the extraordinary at times so be prepared!! If you need to catch up, the first part is in the tabs at the top. In order to preserve some of the fonts I have saved them as png or jpeg files so they may be a little disconcerting... I apologize for that but there was no other way!) 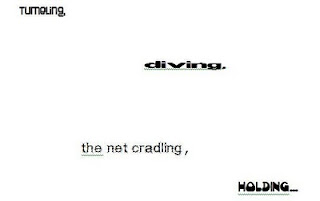 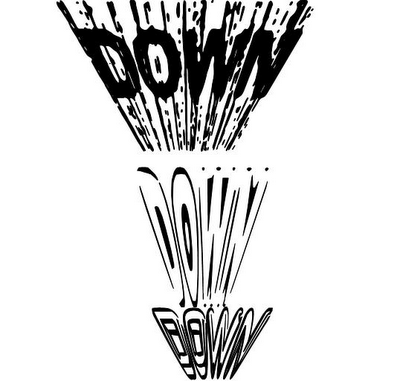 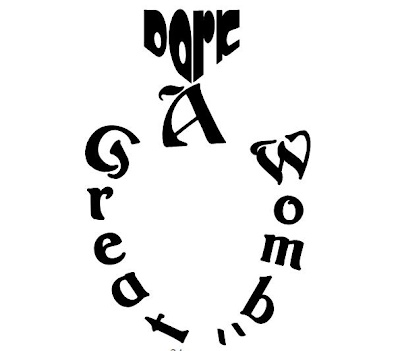 I rise, shivering from arctic waters, stumbling onto fluid surface, the sharp edges of miniscule rock cutting my skin. The cusp of a stone catches my toe, causing a rush of blood that drips between my toes. I staunch the flow of blood
and begin

to move forward.
A force seems to

footsteps eerily absent.
My fingertips slide along the wall
brailing—
a crevice,

The door’s protuberance anchors me. I tumble on. A forest of tubular chambers prevents reconnaissance or escape. Quiet movement draws my attention, drawing the focus further in.
Move!
A hollow hiss. Words?
Rising, an opaque pane floats overhead, framing familiar bloated water-washed features. “Alexandra.” More depth, higher timber “Alex” recalling a day on the beach, the tide rising, my tiny frame being tugged by the undertow, wanting to turn back, the surge pulling me further and further, my aunt’s frantic voice echoing my terror.
Shrieking her name, I scrape at the obscure seams that run the length of the metallic casket. Fingers throbbing futility, I crumple onto its cool surface.
A thunderous resonance fills my ears, confounding my senses. Snatches of phrases, float toward me, the strange syllables inexplicably intelligible “… kahee-nos' ktis'-is (no longer who she was) … ow-then-teh'-o (under Our authority) …hoop-om-en'-o (abide with Others)… hice al-lay'-lone mel'-os (she belongs with the Others)… “ktis'-is kahee” (she is no longer).  I seek my aunt’s familiar warmth only to face a macabre mask.
Out!
I need…
… out.
I stumble,
then
slip
and fall,
the floor dissipates
beneath me.